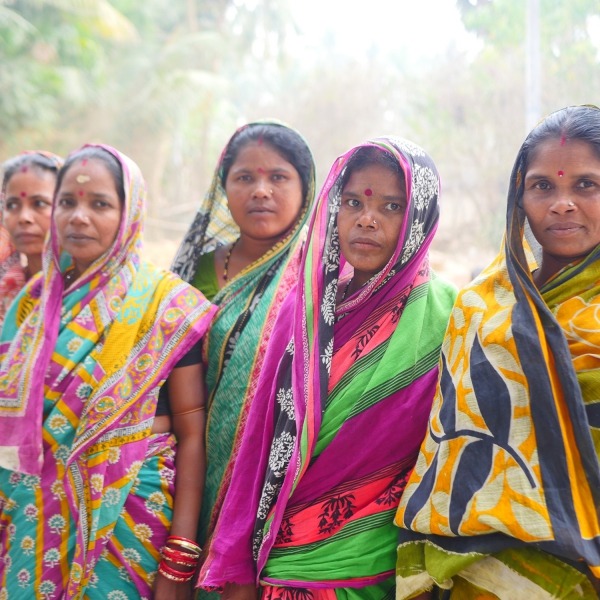 This project run by the Regional Centre for Development Cooperation (RCDC) in collaboration with Gopinath Juvak Sangha (GJS), aims to reduce rural poverty and landlessness for 1000 families from fishing communities in 30 villages in and around the Chilika Lake of Odisha. This is achieved by enabling families, and particularly the women, to gain access to and ownership over land resources through advocacy and support and by providing alternative livelihood support. 400 further women will also be supported through pilot phases of alternative livelihood initiatives.

Because the fisher folk community of Chilika face high vulnerability because of landlessness and decreased scope for traditional fishing, a solution to their challenges lies in an integrated strategy that includes direct support, complemented with advocacy and training to enable people to develop alternative livelihoods, to secure land rights and manage ecological disasters better.

The project has four main strands:

Chilika Lake is Asia’s largest brackish water lagoon and home to thousands of homeless fisher folk. Despite state supported programmes of land distribution, the majority of homeless fisher folk remain homeless. Ekta Parishad carried out a survey in 2015 and nearly 47% of fisher folk in Chilika banks are ‘legally homeless’ i.e. they possess land but don’t have the legal documents for it, which implies their legal status as encroachers at best.

Commercial fishing and intensive practices, ecological degradation and siltation and tourism have all had negative consequences on the livelihoods of traditional fisher folk around Chilika Lake. People are losing their means of income which in turn affects entire families; men are looking for alternative work, often as bonded labour, or are migrating for work, increasing the burden on women as heads of households and impacting on family dynamics. There is also rise in dependency on alcohol and an increase in domestic violence and violence among different groups in the community.

In the state of Odisha, certain legal provisions and schemes, such as the Odisha Government Land Settlement Act (OGLS) and schemes like Vasundhara and Mo Jami Mo Diha have settled the rights of many poor landless families.   Around Chilika Lake however the implementation of these schemes is effectively nil, due to a lack of awareness of the schemes and scarcity of resources and training for people to know how to access them. The fisherfolk are no longer able to fish on Chilika Lake and many have no land of their own that they can use for alternative livelihoods.

On top of that, Odisha is vulnerable to multiple disasters affecting those who do live off the land. Due to its sub-tropical coastal location, the state is prone to tropical cyclones, storm surges and tsunamis. Cyclone Phailin, which struck in 2013, damaged over 500,000 hectares of agricultural land and crops throughout the state.

This project addresses these issues, building on AVI’s experience of working with Ekta Parishad and JGS around Chilika Lake since 2005.

The project was severely affected in May 2019 due to Cyclone Fani and relief efforts took place as part of the project.

The community unites after Cyclone Fani

The village of Arakhakuda was severely affected by Cyclone Fani, which devastated the area on 3rd May 2019. Arakhakuda is situated near the seashore and the village has 1200 fishing households. About 200 households have pukka houses (dwellings that are designed to be solid and permanent) and the rest are thatched mud houses. All the houses were affected by the cyclone in some way. Some fully collapsed, others were partially broken. The fallen trees are still scattered around the village and the fallen electric poles and wires still show the effects of the cyclone. Household debris is scattered and a foul smell emanates from the mounds of the debris. People lost their boats and nets and there was little to cheer until RCDC, in collaboration with GJS, reached the area. 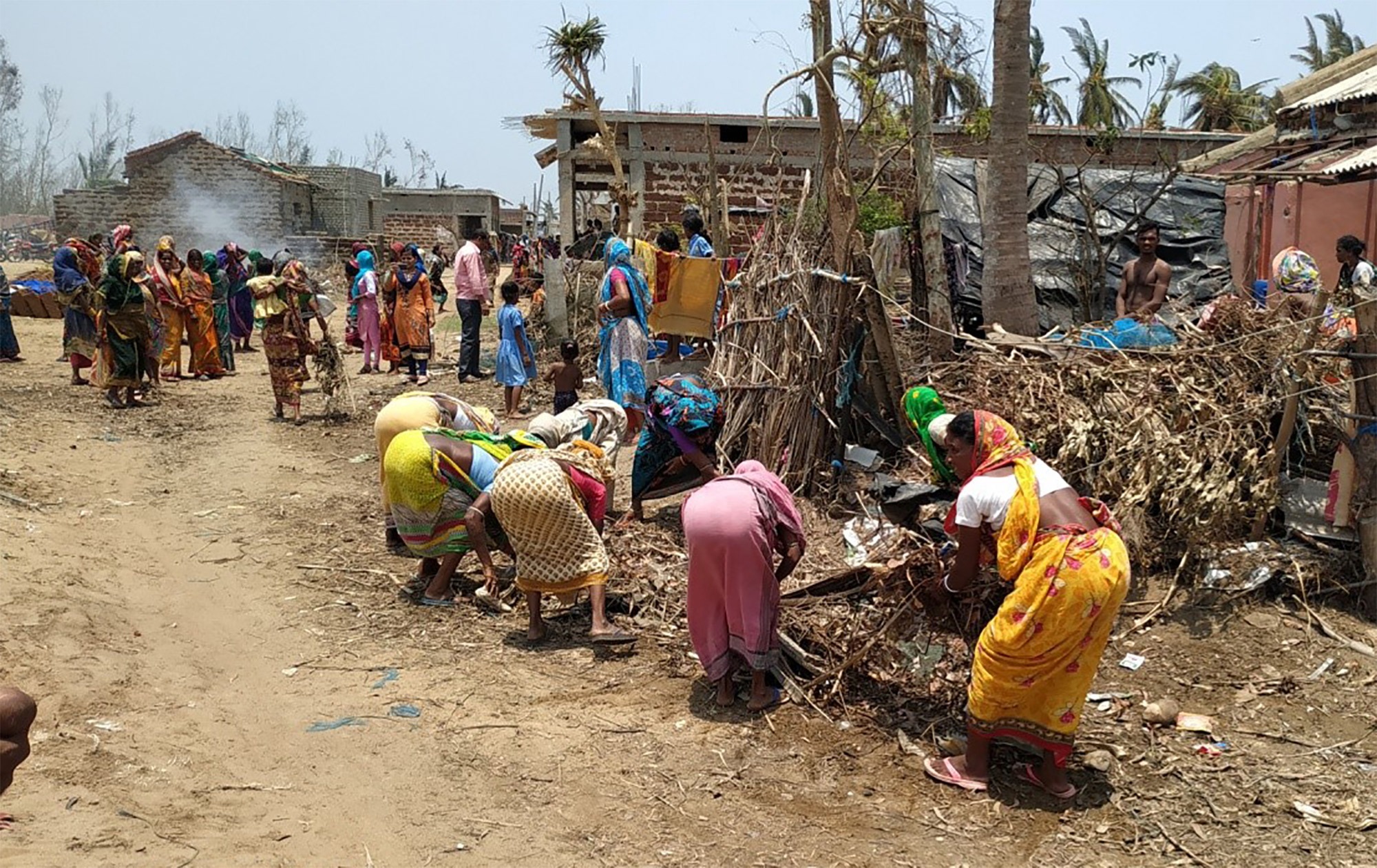 GJS and RCDC mobilised the community to accelerate the restoration work, injecting new spirit. The volunteers from RCDC and GJS started cleaning activities in the village and involved young women and men in the process. Roads were cleared, households cleaned and tube wells sanitised. The debris was burnt, and an awareness programme was held on community sanitation and drinking water. Architect Madan Raj who had come from Tamil Nadu displayed a bamboo house model with the support of local young people.

Following this, kits were distributed to the target community and volunteers assisted in the distribution process. The reaction from the community was very positive and encouraging. Immediately the children dressed themselves colourfully and it seemed that for some time they had forgotten the agony of Cyclone Fani. 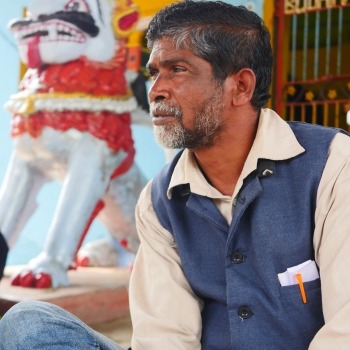 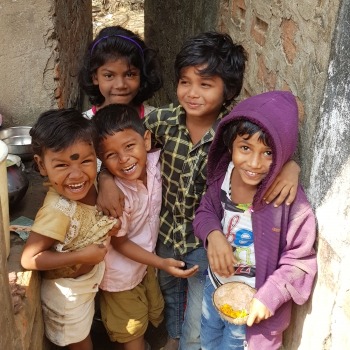 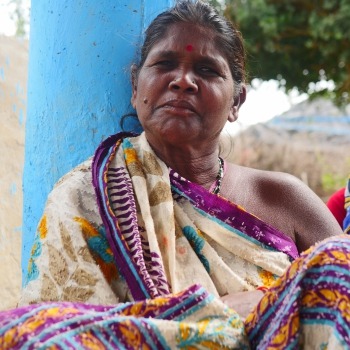 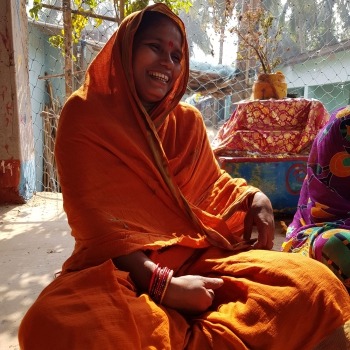