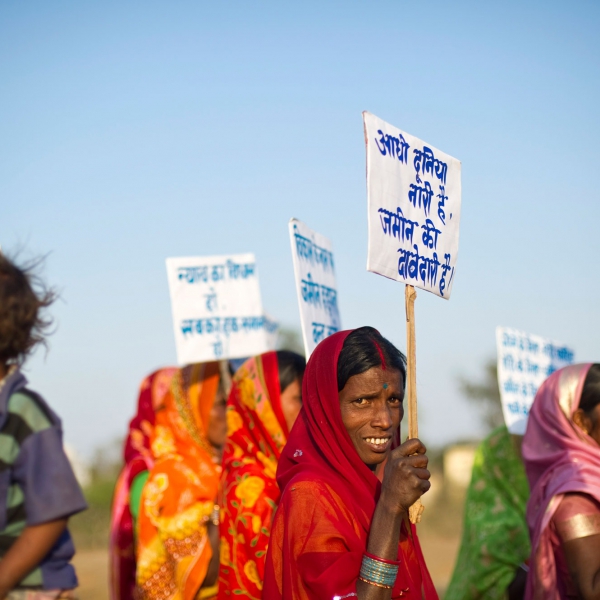 Action Village India (AVI) believes that every man, woman and child in rural India has the right to take control of their lives and to prosper in fair, equal and inclusive communities. Our activities centre on securing the rights and strengthening the livelihoods of India’s rural poor. We work with local partners on projects supporting education, health, land rights, agricultural innovation and women’s rights.

AVI has worked with its partners in India since 1989. Since then, India has changed dramatically – the economy has grown at six per cent a year and it has a rapidly growing middle-class. However, in sharp contrast, millions of India’s rural poor remain left behind by India’s economic development.

AVI was founded by and is run by people inspired by India. The rural development projects that AVI supports are devised and managed in-country by Indian non-government organisations who AVI develops partnerships with. They work with disadvantaged communities in the Gandhian tradition of non-violent change and self-organisation.

AVI was born out of the group ‘Friends of ASSEFA’ (The Association for Sarva Seva Farms, Tamil Nadu) in 1988. This group formed when Chris Wilde, who had volunteered for many months with ASSEFA in Tamil Nadu, returned to the UK and was asked by ASSEFA’s founder Sri Loganathan if he could create a support group. Chris gathered people who had visited ASSEFA’s projects or had a long-standing relationship with India, including Ivan Nutbrown, who went on to co-ordinate AVI’s activities from 2000 to 2016, Bryan Osbon, who set up Madras Café, James Copestake, Stephen Gibbs, Philip Jackson, Sarah Johnson, Elaine Morrison and Fran Wilde. 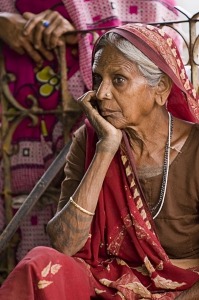 Within a year or two, AVI/Friends of ASSEFA (FoA) had begun to fundraise for a small weaving project in Tamil Nadu. In 1991, AVI was successful in securing a grant from the UK’s Overseas Development Administration for a rural development project in Lathur Block, Kancheepuram, Tamil Nadu. Over the following years, up until the early 2000s, AVI raised funds for a series of projects in the Lathur area, all aimed at enabling small and marginal farmers to cultivate their land and increase family incomes.

In 1994 it was decided to support four other Indian organisations; in 1994 Chris Wilde brought in CRUSADE, founded by Jothi Ramalingam (who himself had worked with ASSEFA); Philip Jackson introduced Kerala Gandhi Smarak Nidhi with its organic farming programme; Elaine Morrison recommended Lakshmi Ashram and Ivan Nutbrown introduced Nav Bharat Jagriti Kendra, who Ivan had known since he worked in Bihar in the 1960s.

In 1997, formally FoA became Action Village India (AVI) in recognition of its new partnerships and soon after, Ivan Nutbrown took on the role of Coordinator, a post he held until 2016 when a new Director, Anna Griffiths was appointed. Esther Trienekens became our International Partnerships Director in 2019.

AVI’s sixth partnership started in 2001 when it provided a small grant for Ekta Parishad’s peace march through areas of Bihar affected by violence. The march was started on 11th September, the birthday of Vinoba Bhave, Gandhi’s spiritual heir and the founder of the Bhoodan land reform movement. ASSEFA and NBJK also have their roots in this movement.

In 2017-8, AVI consolidated two new partnerships one with DAC Trust in Tamil Nadu who work closely with CRUSADE and the second with the Regional Center for Development Cooperation in Orissa.

From its first project in 1992 until today, AVI and Friends of ASSEFA have raised over £4.5 million for rural development projects in India. AVI is built on deep connections and friendships between partners in India and AVI staff, Trustees and members in the UK. It is in this spirit, that Action Village India’s contribution reaches far beyond financial assistance, to encompass opportunities for learning, the sharing of ideas and connections and mutual respect and solidarity.

Inspired by India since 1988

Sensetrade, a trading subsidiary for FoA, is formed

Bryan Osbon returns to WOMAD for the third year and food is served for the first time.

DFID supports a local democracy project in Bihar and Jharkhand

AVI expands its Girls' Education programme in Bihar and Jharkhand

Ivan Nutbrown retires from a staff role at AVI

AVI shares solidarity with partners for their social and economic responses to the effects of Covid19, including work with migrants returning to rural India.

Action Village India's 10th Partners Forum is held virtually for the first time during the Covid-19 crisis; allowing participants from the UK and India to join.