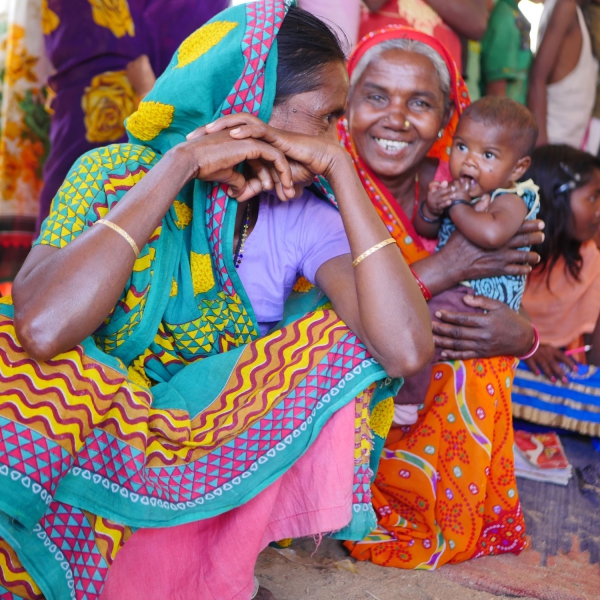 The ‘Community Action’ project enables three small grassroots NGOs in Bihar and Jharkhand as well as the advocacy wing of NBJK, Lok Samiti, to deliver small-scale locally important programmes. These groups are located in remote areas of Bihar and Jharkhand, two of the poorest states in India, which are also affected by Maoist Naxalite insurgencies. This support enables community groups to take the lead in their own development.

LSSK has been working in Leninnagar with 85 households of the Mushar community (‘Rat-eating community’, one of the lowest groups of Dalits) for the last ten years. In the beginning, there was no school or community centre in the village and children attended classes under a tree. After LSSK’s intervention, a community centre was built by the government and since 2015, LSSK has started non-formal education classes in the centre. Around 40 girls regularly attend classes here and, as a result, over 50% now go to regular school for some of the year. As well as education, LSSK holds sessions for adolescent girls which include a focus on the negative effects of early marriage and early child bearing. LSSK also provides Fruit saplings to the villagers, which offer a source of income as well as fresh fruit for their own consumption. The organisation has also organised visits between villages to share learning and successful project outcomes as well as to run sessions to create awareness amongst the villagers about the dangers of alcohol abuse.

GNK runs two projects every year in the Dalit village of Dhraiya. One of these, the Nursery development programme provides women and men with saplings of teak, sisam, papaya, palm and subabul. GNK motivates people to plant trees on barren land to provide firewood and protect the environment and provide food. The other project offers tailoring training for women and girls as there is no employment for young women when they finish their education. GNK now trains 30 women a year to repair clothes, as well as to make shirts, trousers and children’s and women’s clothes.

LPK works in Birhu, Simariya and Chatra, where it runs a community health centre and a school for tribal children.

The community health centre covers 30 villages. This area is a very marginalised and is highly affected by Naxalite activity (Maoist Communist Extremists). People in this area depend on agriculture and migrate out of the state in the off-season. As the main crop is rice, the farmers depend on rain as there is a lack of irrigation options. The development of this area is extremely slow and there are no medical facilities in the area. The infant and maternal mortality rate is quite high in this area due to the lack of available treatment. In LPK’s medical centre women and men can buy medicine at accessible prices and in some instances for free and be treated by the nurse or the doctor. If people need further treatment, they are referred to the bigger cities. Every year approximately 1000-1500 patients visit the clinic for treatment.

LPK also continues to run the tribal school in Piri for the Birhor community. The Birhor community is a disappearing tribal community whose population is decreasing day-by-day. The community lives from hunting and gathering in the forest and women and men are often away from home for 15-20 days at a time. The children sometimes go with their parents and often do not go to school. LPK’s work over the years has been slow but the community has accepted its intervention and LPK has started a small school for the children for a few hours a day. The programme’s aim is to get the children into mainstream education, and they are steadily achieving that with six children now going to government schools. These children also receive additional tutoring through the project, so they do not fall behind.

Lok Samiti is a non-registered people’s organisation which is active in Bihar and Jharkhand. Through awareness camps, campaigning, symposiums and workshops, Lok Samiti raises awareness of a range of issues; they continue to run campaigns focusing on the dangers of alcohol abuse, the effects of corruption, the benefits of the proper implementation of government programmes, election process reform and land rights. They are working to expand their campaigns to other states in India.

Ranju Devi lives with her husband and small child in the village of Manjhauli in the Gaya District of Bihar State.  Her husband Gorelal is a street vendor who earns his daily wage through selling sweets and snacks in the village. During the Covid-19 lockdown, Gorelal has been unable to work due to the restrictions put in place to contain the spread of the virus. This has affected the whole household financially and the family have had to rely on their extremely limited savings to survive.

During these difficult times, Ranju’s enrolment in the tailoring training programme delivered by GNK in partnership with NBJK has been a saviour for her family. Ranju has started to make clothes at her home, being able to work despite lockdown restrictions. She earns 50 to 60 rupees per day, which is a small amount but helpful for the family to be able to buy food and necessities during the pandemic.

Ranju will continue sewing clothes and wants to continue her training when the situation improves. 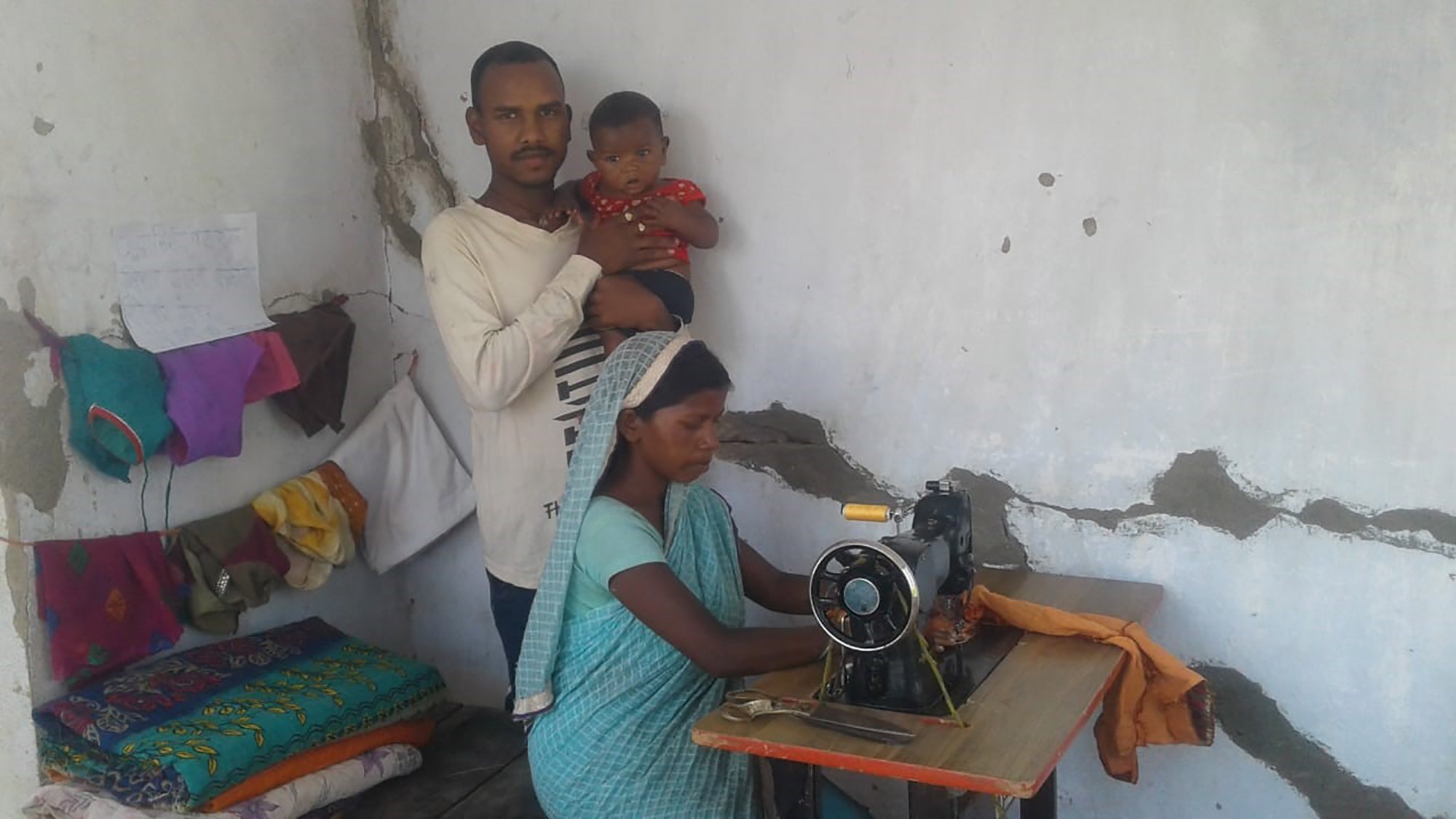 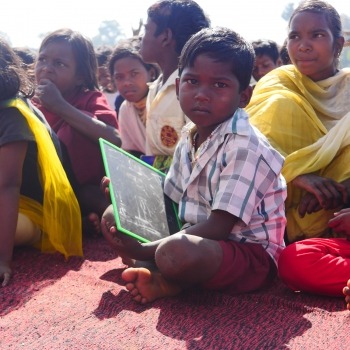 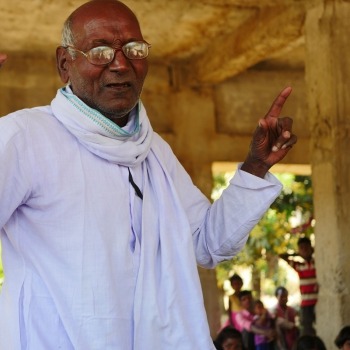 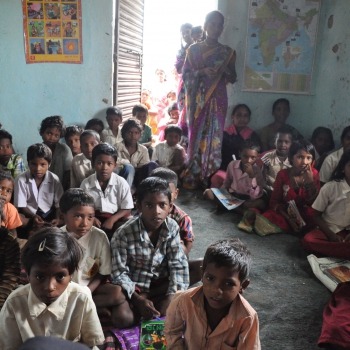 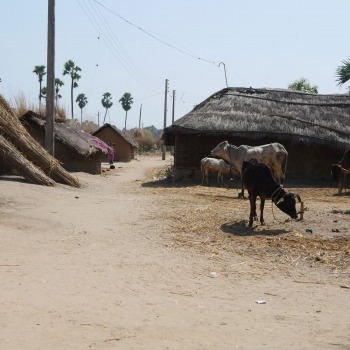