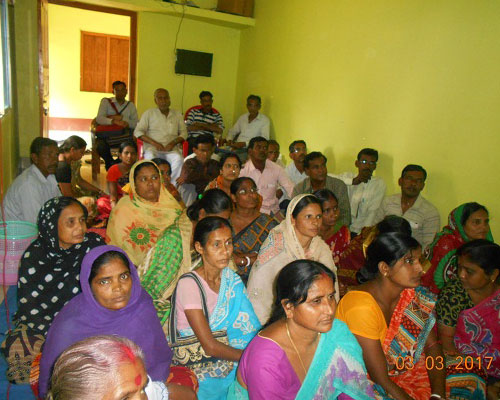 Women’s political representation differs across the world, between states and within groups. Over the last two decades, women’s political participation has emerged as a major marker of democracy around the world. This is frequently operationalized through the policy of ‘gender quotas’ that aim to enhance women’s presence within national and subnational institutions of governance. Since 1993, India has implemented a large programme of decentralization (panchayati raj) and gender quotas, which enabled more than a million elected women representatives (EWRs) to become part of the political process. Fundamentally, working towards equitable women’s representation in political processes and facilitating women to express their concerns and articulate their needs do not merely constitute a matter of democracy and a substantial end in itself, but also a prerequisite for sustainable development. Essentially, gender equality is not only a fundamental human right, but also an indispensable foundation for a booming economy, whereby putting women at the centre of economies, there will be better and more sustainable outcomes for all.

Quote: “Women have huge potential to lead differently and effectively but such potential is difficult to realise without challenging the inherent patriarchy in the governance system,”

As far as India is concerned, women’s political participation is regarded as an essential element in all forms of development; however, the gender equality policies of India remain under scrutiny.  After independence in 1947, there have been many initiatives to increase the political representation of women by the decentralization of power in various local self-government institutions of India. The act of Panchayati Raj Institutions has increased the engagement of marginalized segments of society, including women, into the decision-making role in political institutions.

Despite efforts to increase women’s descriptive representation in local political processes, their substantive representation remains negligible. Indeed, women representatives are often reduced to proxies for their male counterparts or are completely ineffective as they are unaware of their own capacities or opportunities to impel change. Moreover, the environment is not enabling enough to encourage them to break gender stereotypes. In the cases where they do hold public office, their leadership style is “masculine” and the issues they work on are those that male members of the community place an emphasis on e.g., infrastructure development, rather than addressing issues that affect society as a whole and especially women like gender discriminatory practices such as child marriage, dowry, and violence against women. When the few women in public office exercise this “masculine” style of governance, a nuanced development fails to take place making redundant the purpose of having female representation for gender equitable and holistic decision making.

Likewise, on a local level, villagers tend to carry negative sentiments towards and be dissatisfied with the performance of women Pradhans, despite evidence suggesting the opposite. Particularly, research reveals that women in authority provide more and better goods and services and are less likely to seek a bribe.  In respect to symbolic representation, women Pradhans encourage female villagers to attend the biannual general assemblies and enable women to voice their opinions and concerns, however their impact and prominence remain limited, as they have more difficulty exerting their influence during the discussions and are less likely to chair these meetings. Indeed, patriarchal attitudes towards female leadership in politics are still pertinent in contemporary rural India, where women politicians are often seen as fulfilling certain gender-specific roles. Hence the initiative of EquiDiversity, to set out such a project that will address villagers’ perception and redress institutional barriers.

Sita Natua, a 48-year-old lady from Dakshin Raipur, West Bengal got married at a tender age of 18. Before she could adjust in the new household, she was already bearing her first child. A mother of three children (two sons aged 30 and 27 years and 1 daughter, aged 28 years), Sita’s life has always been under her husband’s shadow. “I am a woman. People thought what can I do? They underestimated me. I didn’t have any importance in the family or society,” recalls Sita.

Sita’s story was no different than the millions of rural women of the country. But things changed for good. She took control of not just her life, but of many other women of her village. She became a political leader and positively influenced many women. Working as a Convenor of Women and Child Development and Social Welfare Sub Committee in the Gram Panchayat, Sita has come a long way.

She has gained a respectable position when it comes to political leadership. She now aims to achieve a higher office in the political sphere. Her next target is to contest elections. She says even if she does not get a ticket, she will remain connected with the party and work towards winning the election someday. “There are so many incomplete tasks that I want to finish once I come in the power,” she said with a confidence in her eyes. “My target is to strengthen the SHGs and link them to the government programmes,” she added.

Sita has been actively working to address issues like early marriage, illegal alcohol and domestic violence in her locality.

The positive impact of her hard work is clearly visible. She claims that earlier when men were in charge, there was no regularity in monitoring the work. Sita makes sure she performs her duties diligently. She makes regular home visits to check school dropouts, she even installed tube well and toilets in a school. In addition, she got an ambulance for pregnant women, which has reduced the number of babies delivered at home.

Quote: “It is not enough to have a weapon; you have to use it.”