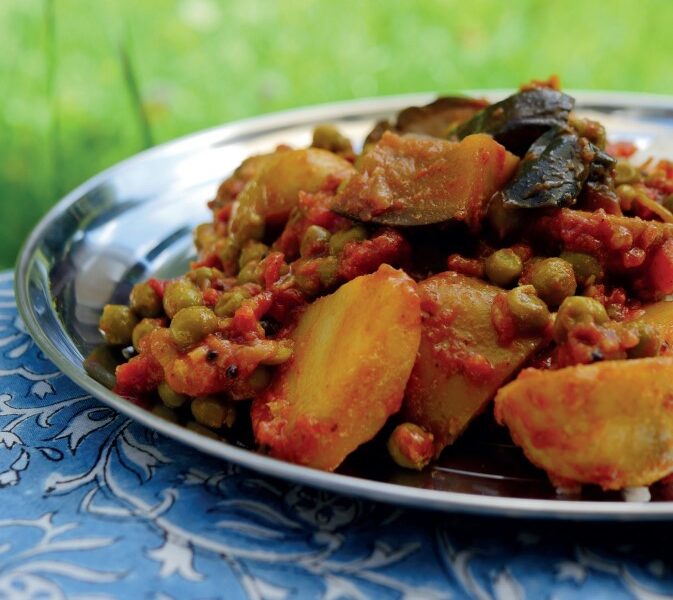 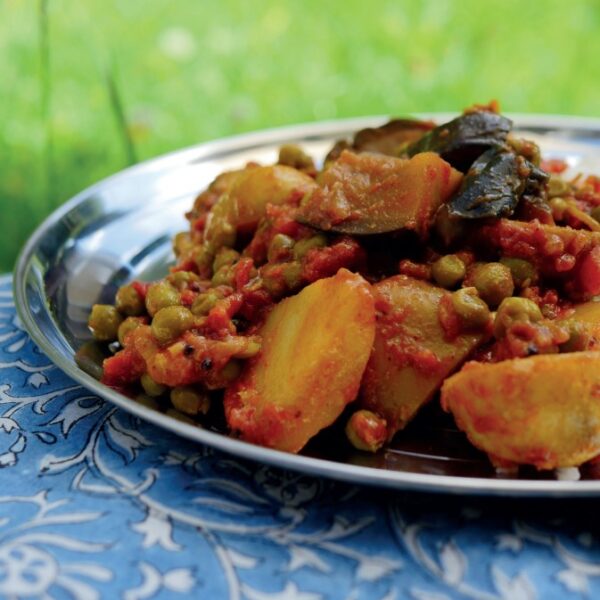 On an early November Sunday this year, Pallavi Modha, a volunteer chef for many years with Madras Cafe at Womad and also one of our trustees, led a friendly, relaxed and delicious autumn cooking session for supporters of Action Village India. Read the day's review here, written by Ellie Kellett.

On an early November Sunday this year, Pallavi Modha, a volunteer chef for many years with Madras Cafe at Womad and also one of our trustees, led a friendly, relaxed and delicious autumn cooking session for supporters of Action Village India.

The online event, which was joined by Zoom across several countries and two continents by Action Village India supporters and partners, kicked off at midday UK time with Pallavi guiding the supporters though the steps for making a dough for poori, a heavenly light unleavened bread. Anindita of EquiDiversity Foundation in Kolkata, who was watching online as everyone kneaded and pummelled, commented that whilst our recipe used wheat flour, there are some regions in India that make poori with rice flour. While the dough was resting, Pallavi demonstrated how to put together an uncomplicated raitha, a cumin spiced yoghurt and salad vegetable accompaniment to the main dish, which we whipped up in no time. We were lucky to have not one but two of the Madras Cafe chefs joining us from Pallavi’s kitchen, and Shashi made the marvellous alternative suggestion of adding fruit to your raitha. We then moved on to making a pea and potato subji, a warmly spiced and satisfying vegetable curry which was surprisingly easy and quick to make, but perhaps that was just Pallavi’s capable guidance. Finally, the poori dough was rolled into balls, flattened into small discs and deep fried into golden crispy, puffy shells.

Everybody’s results were an absolute triumph, and thanks to Pallavi’s approachable style, we all felt comfortable asking for help whenever needed and sharing their own progress on the video link as we mixed, kneaded, fried, stirred and hunted in our cupboards for that one missing spice. 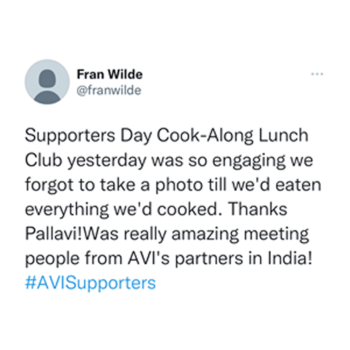 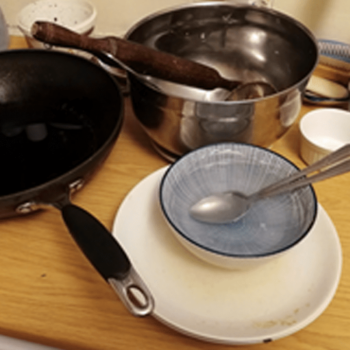 Once the meal was cooked, the chefs settled down in comfort to enjoy it. As we ate we listened as Satish Girija of Nav Bharat Jagriti Kendra (or NBJK) in Jharkhand, Pravat Kumar Mishra of Regional Centre for Development Cooperation (RCDC) in Odisha, Aninidita Majumdar of EquiDiversity Foundation  in Kolkata, and Jothi Ramalingam of the Centre for Rural Systems and Development (CRUSADE) in Tamil Nadhu, told us the latest news from their part in India and about the activities of their organisations. The information shared with us ran the gamut of immediate, disturbing, fascinating and inspiring, and left everyone feeling they had definitely learned something new and come a bit closer to events in India.

Satish Girija of NBJK, a keen cook himself and who had been watching as everyone cooked, and declaring himself getting hungrier and hungrier, nevertheless still gave everyone a comprehensive rundown of all the work being done by NBJK in Jharkhand. After a long period of delays in the project due to covid, the girls’ education project and the community action project are running again as planned.

Pravat from RCDC shared, amongst many other things, news on land settlement clashes in a village called Brahmapur of around three hundred households in Odisha near Chilika Lake that had led to homes being bombed. Forty-eight houses in the village belonged to the Bhoi community who are traditionally given the role of service providers for the higher castes, however a decade or so ago this community refused to perform these functions, leading to tensions in the area.  All forty-eight homes of the Bhoi community were bombed and razed to the ground, leaving the families with nothing except the clothes they stood up in. Twelve members of the Bhoi community were seriously injured, five platoons of the police force were deployed into the area and all male members of the community have fled, fearing police action. The women and children remained. Within two hours of the outbreak of violence, RCDC intervened in the area, keeping a watching brief and bringing the community leaders together for talks, liaising with the district police authorities to ensure peace, distributing emergency relief supplies of potatoes, onions and biscuits, documenting the incident in order to make requests to resolve the conflict and supporting the women and children in dealing with the trauma.

Anindita of EquiDiversity Foundation  also had a wide range of things to tell everyone about, including the way EquiDiversity Foundation  uses research and data to demonstrate how a whole community benefits dramatically when women become active participants in the leadership of local government, and reveals the way the centre of focus shifts from purely infrastructure projects to encompass other initiatives which improve the quality of life for all.

Jothi from CRUSADE shared news on the Disability to Stability project, which has been extended to March 2022. The Vallamai (meaning Strength) Federation is a self help consortium of the special groups supported by this project. It has increased its membership from 110 to 115 special groups. The groups pay an entrance fee of 100 rupees and an annual subscription of 100 rupees. In addition to this 788 members have also given a donation of 50-100 rupees each, which is matched by the project. The federation already has a bank balance of around 130,000 rupees which will help the sustainability of the project, independently of CRUSADE. Four of the five trustees of federation are disabled, representing four geographical districts, plus a coordinator from CRUSADE. 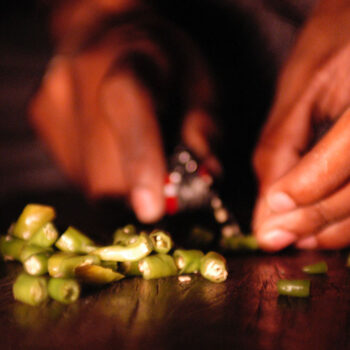 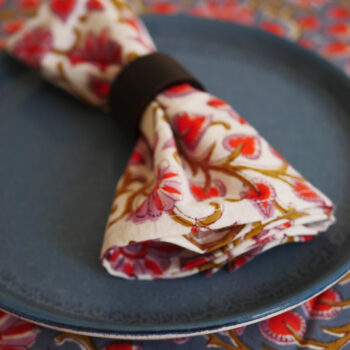 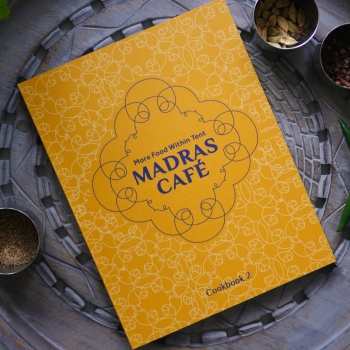 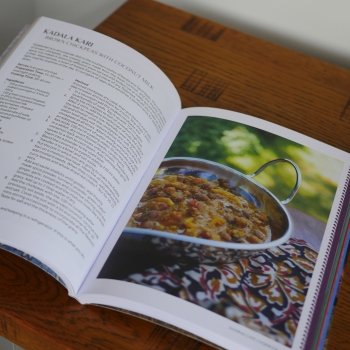