After a very productive and interesting visit with NBJK, and some free time in Bodh Gaya, Elanor and I departed from Gaya for a train journey overnight of 458km towards Kolkata, to meet our new partner EquiDiversity Foundation and their team.

After meeting Dr Shubrojothi, Mandira, Harshverdhan and Anindita at the main office and having some initial discussions, we took the train (146km) to Bolpur (also known as Shantiniketan), which is in Bhirbaum district and where the project we support is implemented).

The following morning, Hans, an AVI supporter, and also my father, had made his way to Bolpur to join the project visit as well as Dilip, one of EDFs trustees. In Kirnahar we met with Jumma and Tharun, the team leaders in Bhirbhaum and with Ruposhi, Shumoti, Orchana, Bandana, Amit and Kashmira, the community mobilisers, who for the next 4 days took us around to meet with the different communities and learn more about the project.

After a great 5 days with EDF, we had some free time in Kolkata, after which we said goodbye to Elanor. Hans and I continued our journey towards Morena on a 24 hour train journey, covering 1324km. At Morena, we met with Rajagopal, Jill and Ramesh, and many others, and took part in the Sarvodaya Conference for Peace and Justice, which also marked the 50th anniversary of the surrender of the Chambal Dacoits (bandits), and Rajagopal’s 50th Anniversary as a social activist.

After two days in Joura, we travelled to Jaipur to meet with Avani and Abisheck who both support marginalised communities through trading, and we got to learn and see the beautiful art of block printing.

Our journey continued back to Delhi and after a few days of free time, would continue to Tamil Nadu. 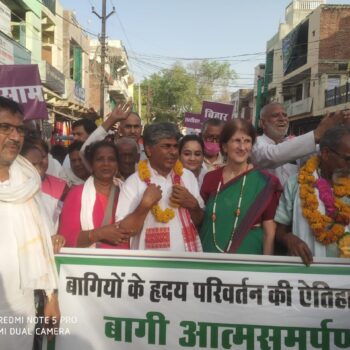 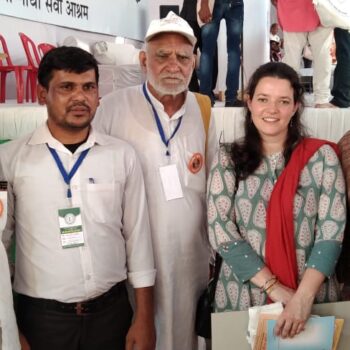